I have often found myself wishing someone had shared with me very early on the principles and instructions for life that I now share with my young friends who are just now having a go at life.

I had no father figure growing up. Though mum did her best in raising me and sending me to school, we never really talked much about preparing for life. Except, that I should be wary of 3 things: money, women, and food.

Having being raised alone by a single mum who had to spend a lot of time working to make ends meet, there was no particular mentor present in my life. Even my teachers weren’t that much interested in the little timid boy that I was. I guess it was only Mr. Ogala, my primary school tutor, who cared, somewhat enthusiastically, about my prospects in the arts. Ironically, I didn’t like the fine arts that much.

END_OF_DOCUMENT_TOKEN_TO_BE_REPLACED

If you’ve never paid heed to the words of our fathers, listen now: It is true that “bad” company corrupts. I have kept such a company, so I know.

For who would have thought that at the end of 2015 I’d find myself a fanatic of the long-distance run. For before then my less than a kilometer early morning jog from my house at Chemist Bus stop to the University of Lagos (and back) was sufficient in maintaining my fitness and vigor. The virile physique I possessed didn’t need much to keep the unsightly features of neglect at bay. But all that changed when my best friend somehow unwittingly convinced me to try something hardcore. 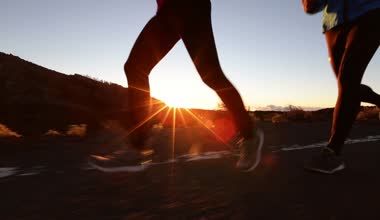 Known for adamantly sticking to my own way – especially when I feel comfortable with it – I am usually never swayed. And so for a long time (precisely up until September 2015), I played true to the script. I was only amused and intrigued when my “brother from another mother” would recount his exploits of perpetually running 5km, 10km, and then talk about plans to push even further.

Never for once did I refrain from asking the crucial question, “Why the heck would you want to do that to yourself?” It absolutely didn’t make sense to me why a competent computer programmer would exert himself like a professional athlete preparing for the Olympics.

Oh, did I not mention he didn’t only care about how much distance he covered but also the time it took. It was his goal to reduce gradually the minutes per kilometer, perhaps until it looked something much like what the Kenyans often achieved, like aliens on steroids. END_OF_DOCUMENT_TOKEN_TO_BE_REPLACED