If you’ve never paid heed to the words of our fathers, listen now: It is true that “bad” company corrupts. I have kept such a company, so I know.

For who would have thought that at the end of 2015 I’d find myself a fanatic of the long-distance run. For before then my less than a kilometer early morning jog from my house at Chemist Bus stop to the University of Lagos (and back) was sufficient in maintaining my fitness and vigor. The virile physique I possessed didn’t need much to keep the unsightly features of neglect at bay. But all that changed when my best friend somehow unwittingly convinced me to try something hardcore.

Known for adamantly sticking to my own way – especially when I feel comfortable with it – I am usually never swayed. And so for a long time (precisely up until September 2015), I played true to the script. I was only amused and intrigued when my “brother from another mother” would recount his exploits of perpetually running 5km, 10km, and then talk about plans to push even further.

Never for once did I refrain from asking the crucial question, “Why the heck would you want to do that to yourself?” It absolutely didn’t make sense to me why a competent computer programmer would exert himself like a professional athlete preparing for the Olympics.

Oh, did I not mention he didn’t only care about how much distance he covered but also the time it took. It was his goal to reduce gradually the minutes per kilometer, perhaps until it looked something much like what the Kenyans often achieved, like aliens on steroids.

Now the weirdest and the most important aspect of this story is that my friend never did intentionally try to cajole me to run at any point in time. It was entirely by association I found myself covering, for the very first time, a distance of 7.79km when I decided for no rational reason to go out and burn hundreds of calories that had done me no harm.

Even with the boost and encouragement I got from my Runtastic voice coach, I thought it was a grueling and painful run – my thighs were particularly on fire. But guess what, I chose to keep on jogging not because I was possessed with a passion for some lofty reward at the end but because I was hitting the road alongside …you-know-who.

There was no chance my ego would have allowed me to act unmanly in a way that would’ve been disappointing before my friend, who was at the time nursing a leg injury around his shin. I mean think about it, even though it would have been okay to give up whenever I wanted, knowing it was my first time going that far, the dude had an injury and I didn’t.

However, unfazed by that first attempt, I began to have ideas. I explained away why it was tough the first time and expected it to become easier as I continued. I enumerated the health benefit, both in the short and long term. I also saw the whole endurance regimen as an effective way of hammering strong discipline into my psyche, which I believed I needed in my life at the time. And like that, I became an addict and enthusiast of all things pertaining to running effectively and progressively, such as knowing the right shoes, ideal diet and ways to avoiding injuries.

Still, in light of the above Justification 101, it would be grossly misleading to think I was all about the logic rather than a purely acquired irrationality.  For just last Friday I did a 15km non-stop run that seemed forever, with not just my crazy friend (who actually left me behind and went on to complete his goal of 21km) but with another very close pal of mine who had recently joined our ritual. Hence, from a company of two, we’ve now become three. Have you ever wondered how ideologists like Stalin and Hitler converted many to their cause? Yeah, this is how it starts – ever so subtle and insidious. 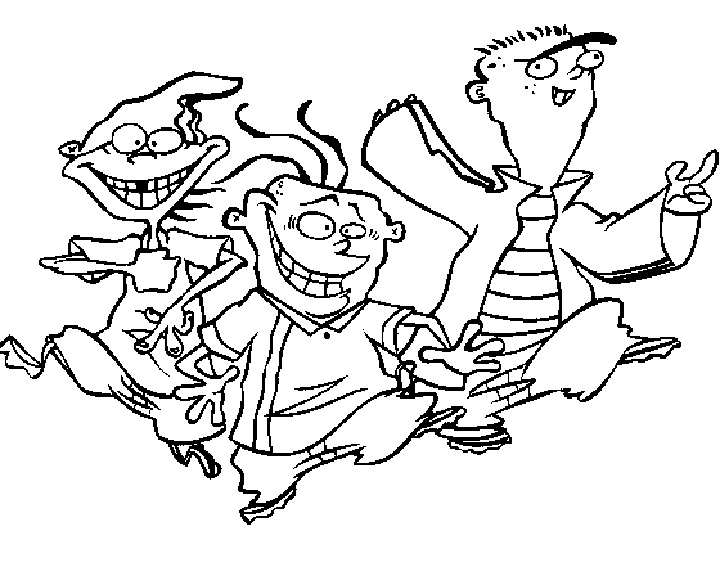 To boot, our ultimate collective challenge yet, was this weekend’s Lagos City Marathon sponsored by Access Bank. For those of us who don’t know what a marathon is, it is an ungodly distance of 42km. It is the kind of exertion capable of confusing your entire body to the point of literal collapse.

Unfortunately, I won’t be taking part due to the eventual lack of materials necessary to validate registered participants. I should have gone earlier to collect my vest and running numbers like my friends did, but because of work, I couldn’t make it.

But who knows, maybe this was Providence intervening before I kill myself.

Articles online talked about long and systematic preparations critical in helping the body adjust adequately to the 42k, but I didn’t care, because my friends and I agreed we were typical rugged black men who didn’t need the sciences telling us what we should or should not do before we run a marathon.

Need I say more? Is there any doubt about how I got like this? The psychology is very, very clear. You can’t, however hard you try, hide from the influences of your friends! So, don’t say I didn’t warn you. In this case, it is indeed better to learn from my folly and not lose yourself like I have, that is, if you don’t already have wild amigos.

And to show you how irredeemable things have become, I am, even with all this clarity and realization, still nowhere near repentant. The damage has been done and I don’t know how to stop, for I am like a moving train without brakes. And trust me; the scary part is I am enjoying every bit of it. 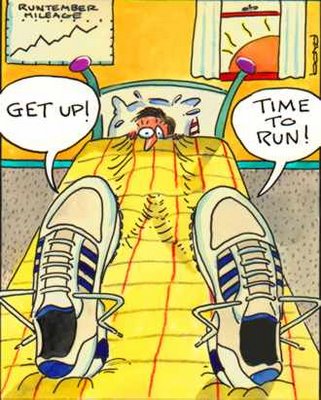